Scientific evidence suggests that the cannabis plant originates from Central Asia, where it was indigenous to the high-altitude ecosystem of the Himalayan plateau. From there it spread across the planet and can now be found on virtually every continent. In many places cannabis grows wild, but mostly it is cultivated for its unique, beneficial properties. Over the millennia humans have been using cannabis plants for nutritional, medical, recreational and spiritual purposes, and in the past few centuries also as a building material.

Cannabis plants contain more than 400 chemical compounds, among which the most significant are phytocannabinoids, terpenes and flavonoids, all of which are known to be biologically active. This means that the three groups of compounds interact with the brain and the body’s systems, providing numerous beneficial effects. The two most abundant phytocannabinoids produced by the cannabis plants are tetrahydrocannabinol (THC) and cannabidiol (CBD), which are usually referred to as the main phytocannabinoids.

Other cannabinoids, such as cannabigerol (CBG), cannabichromene (CBC), tetrahydrocannbivarin (THCV), and cannabidivarin (CBDV), are usually present in lesser quantities and are often referred to as minor phytocannabinoids. Terpenes are the essential oils present in almost all plants and trees, where they are responsible for the scent, taste and partly the color. Cannabis plants have been found to produce more than 200 different terpenes, with the main ones being limonene, β-carophylene, linalool and  β-myrcene. Flavonoids are mostly responsible for preventing plant diseases, filtering ultraviolet rays and partially for pigmentation. Cannabis plants have been found to produce about 20 different flavonoids, the major ones being cannaflavine A, kaempherol, luteolin, orentin, quercetin, and apigenin.

When interacting with the body, the phytocannabinoids, terpenes and flavonoids exhibit a synergistic action that creates a so-called “entourage effect”, which has been shown to boost the beneficial effects of cannabis. The effect depends on the relative amounts of the individual compounds and is thus dependent on the chemical profile of the individual plant. The selective breeding of cannabis plants over decades has resulted in many cultivated varieties (cultivars) that can differ with respect to the relative content of biologically active compounds. This implies the classification of cannabis plants according to the differences in the chemical profile, which can lead to the recognition of chemical varieties (chemovars).

Cannabis plants were first classified by the Swedish botanist Carolus Linnaeus in his work Species Plantarum, published in 1753, which represents the basis for the modern classification of plants, or in scientific terms, taxonomy.  Linnaeus classified the cannabis plants to the family Cannabaceae, and together with hops (Humulus lupulus) and nettle trees (Celtis occidentalis), he named the genus Cannabis and the species Cannabis sativa.  Nowadays, according to the principles of taxonomy, cannabis plants are referred to as Cannabis sativa L. with the L denoting Linnaeus as the first to classify the plant.

In 1785 another respected biologist Jean-Baptiste Lamarck identified cannabis-plant samples from India as another species within the genus and named it Cannabis indica. Nowadays, these plants are referred to as Cannabis indica Lam. with Lam. honoring Lamarck as the first to classify the variety.

Distinguishing between Cannabis sativa and Cannabis indica at the species level has been a controversial subject over the past few decades. Currently, it is widely accepted that cannabis plants are a single species, Cannabis sativa, with the other varieties defined as variants or sub-species. Variants may differ with respect to the amount of the 400 compounds present in the cannabis plants and consequently with respect to beneficial effects due to their inherent bioactivity. 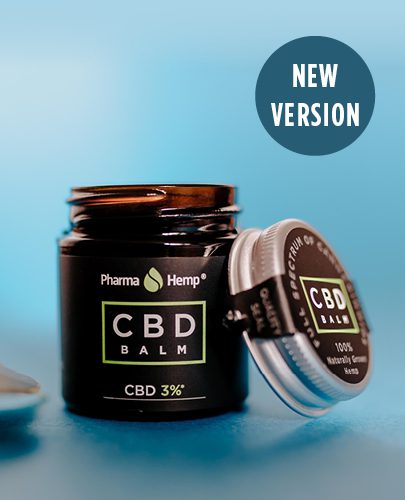