When we think of cannabinoids, we commonly think of neutral forms like CBD and CBG. However, lately, there is some scientific data available also on acidic forms, which are shown to have several positive impacts on the human body. Did you already hear about CBGA and CBDA?

In fresh hemp, we can mostly find acidic forms of cannabinoids. Acidic forms are precursors of neutral forms, which means that neutral forms are formed from acidic forms. This process is called oxidation and occurs naturally. It can be fastened up by exposing hemp to heat and/or light.

CBGA is also known as the “mother molecule,” and all other cannabinoids are formed out of it. CBDA is synthesized from CBGA by an enzyme CBDA synthase. CBDA can further oxidize. When the process of oxidation happens, we get CBD. But not all CBGA is converted to other cannabinoids by enzymes. Sometimes oxidation process occurs to CBGA as well. In this case, we get CBG. 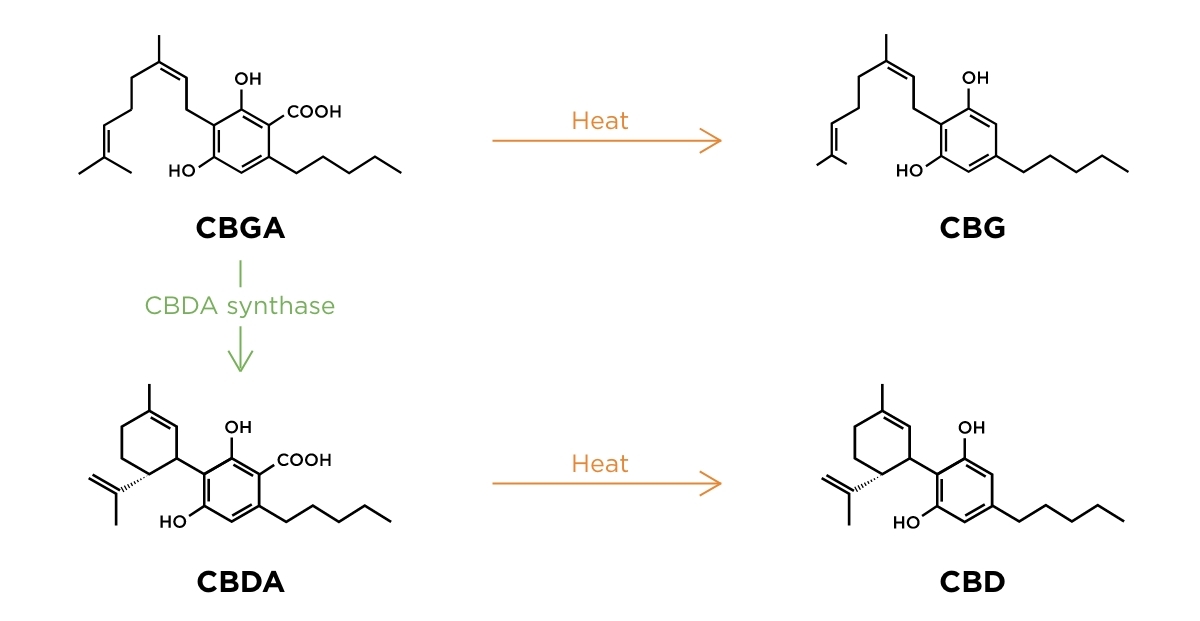 Potential benefits of CBDA and CBGA

We are all familiar with the benefits of the most famous cannabinoid – CBD. It is helpful to know that acidic forms of cannabinoids, like CBDA and CBGA, provide certain pharmacological activities that we can benefit from.

CBDA is supposed to have anti-inflammatory, anti-emetic, and anti-anxiety properties (Rock, 2015; Rock, 2020). Therefore, it could help reduce inflammations in our bodies, help us ease or prevent the feeling of nausea and help us cope with stress-related symptoms.

CBGA, on the other hand, is supposed to be a novel cannabinoid in the therapy of childhood epilepsy (Anderson, 2021). It is also known to have neuroprotective properties and could be a potential remedy for fighting Alzheimer’s disease (Burgaz, 2021).

We are all hoping to get our pre-covid lives back. We suggest you give a combination of CBGA and CBDA a chance and try to protect yourself and your loved ones from the virus.