Home / Blog / WHAT IS THE ENTOURAGE EFFECT?

The entourage effect is a desirable outcome from products that contain full-spectrum extracts, as it is known that CBD in combination with other natural compounds found in cannabis is more effective than when used alone. Scientists also like to use the phrase “synergistic effect of several components”, which has a similar meaning – more compounds have a more potent effect when used together than when using the individual compounds.

As you probably already know, there are many compounds found in the hemp plant besides CBD. A bunch of other cannabinoids, terpenes and flavonoids are also present and have a vital role in creating the entourage effect.

But let’s explore further into the science of the entourage effect.

What is the science behind this?

Before we start it is important to know that the cannabis plant contains more than 400 types of molecule, including 100 cannabinoids and a range of terpenes, in various quantities. Therefore, the whole concept of entourage effect is challenging to test scientifically.

The term entourage effect was first used by a group of scientists in 1998 when they studied how inactive endogenous fatty acid glycerol esters enhance cannabinoid activity. Later on, in 2011 a scientist named Ethan B. Russo published an article on the potential cannabis synergy and phytocannabinoid-terpenoid entourage effects. He concluded that selective breeding of cannabis chemotypes rich in ameliorative phytocannabinoid and terpenoid content offers complementary pharmacological activities that could strengthen and broaden clinical applications and improve the therapeutic index of cannabis extracts containing THC, or other base phytocannabinoids like CBD.

How to achieve it?

Basically, by using full-spectrum CBD oil you will be getting a full range of different cannabinoids that bind to receptors in your body. This enhancement of your endocannabinoid system is the entourage effect.

If you are used to CBD isolate only and you feel like there is more to CBD, we really suggest you try full-spectrum CBD oil.

Here at PharmaHemp we believe that the entourage effect is the most powerful in the CBD industry, which is why our wide range of CBD oil drops are full spectrum.

You can choose from very different CBD drops, with different carrier oils, vitamins and more…

Because we believe in the “synergy of the natural actives” we have upgraded the traditional CBD oil drops with various vitamins. 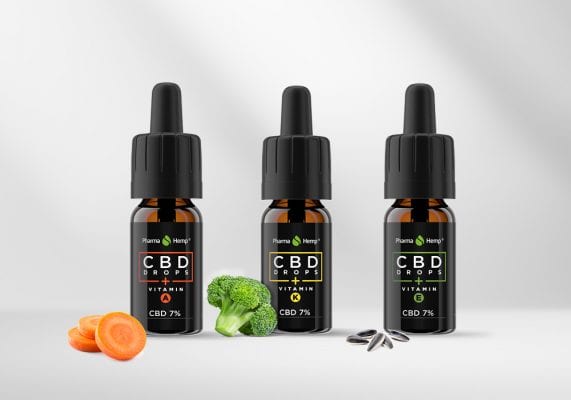 Our CBD OIL DROPS are produced with premium CBD extract that is diluted in various carrier oils such as MCT, olive, grape seed and hemp seed. 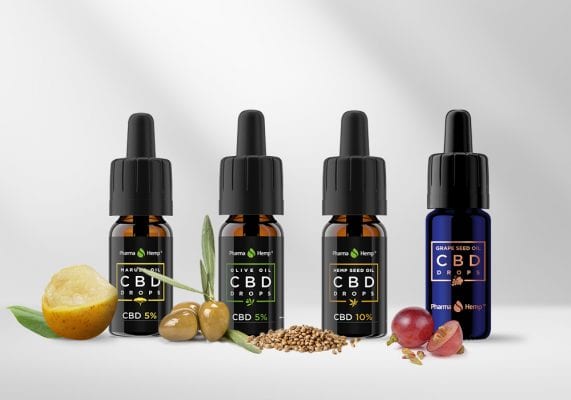 Water-soluble CBD drops are a concentrated oil-in-water emulsion, produced by combining purified, CO₂-extracted hemp resin with natural emulsifiers. Our formulations contain a variety of active ingredients such as vitamins, minerals and herbal extracts for balance and better well-being.

These products contain a high concentration of CBD, a wide range of other cannabinoids and bioactive compounds creating an entourage effect. The products have an especially low level of THC (< 0.05wt%). 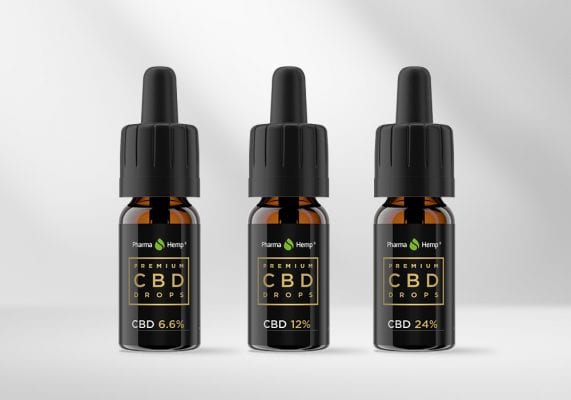