Home / Blog / Breaking Taboos: Is Cannabis a Drug or a Medicine?

Over the past few years, the cannabis industry has gained a lot of traction due to the beneficial effects associated with this ancient herb. Cannabinoids derived from cannabis could potentially help treat a wide range of health conditions and improve the overall quality of our lives.

For this reason, there is a widespread legalization of medical cannabis use in many countries across the globe. However, the laws regarding the use, possession, and cultivation of cannabis differ significantly from one country to another. Some countries have already legalised even the recreational use of cannabis.

While there are pharmaceutical drugs used to alleviate symptoms associated with various underlying conditions, most of them come with dozens of unpleasant side effects. This has prompted many users to seek a more natural approach to their conditions, such as the use of medical cannabis.

Since cannabis is a relatively new industry and still poorly regulated, many new potential cannabis users are in a dilemma, whether cannabis is a drug or a medicine? In this article we’re going to discuss some of the top reasons why medical cannabis outshines conventional medications when it comes to treating a variety of ailments. Read on!

Cannabis is a superior treatment

In one study published in the New England Journal of Medicine, researchers found that cannabidiol (CBD) significantly reduced convulsive seizures in 120 children and young adults with a rare form of epilepsy called Dravet Syndrome.

This is one of the reasons why cannabis is a powerful plant that can also treat drug-resistant seizures.

Medical cannabis is non-addictive compared to many other medicines. Although there might be a psychological component to becoming dependent on cannabis, it’s not the kind of addiction that will force someone into acts of desperation or even crime to satisfy cravings.

Like with other medications, dependence can occur with heavy use. Medical cannabis dependence can, however, be reversed through abstinence and cognitive behavioral therapy without severe withdrawal symptoms.

Some medicines are highly addictive and life-threatening — for example, opioid drugs, such as oxycodone (OxyContin and Percocet) and Demerol.

In fact, medical cannabis could help overcome opioid addiction. One study examined the impact of cannabis on opioid users. Researchers concluded that cannabis activates a class of neurotransmitters in the brain that regulates the rewarding effects of addictive drugs.

Cannabis has fewer side effects

One of the major problems with prescription medications is that they come with dozens of unpleasant side effects. Besides, many people develop a tolerance to their dosage, and they have to increase their dosage to experience the same effects.

Medical cannabis has little or no side effects. In most cases, these are THC-related side effects, such as increased heart rate, fatigue and drowsiness, which become less frequent once you get used to it.

If you’re planning to become authorized to use medical cannabis, a doctor will determine if you’re at any risk when using cannabis and also provide you with an appropriate way of taking it. But there’s no comparison between using medical cannabis and many prescription drugs when it comes to side effects.

No risk of overdose

Unlike some prescription medications that carry the risk of overdose, this is not the case with cannabis.

For example, the most common side effects certain users experience are increased heart rate, fatigue and drowsiness, which can be reduced quickly by, e.g., drinking lemon juice. There are no other reported severe or life-threatening side effects related to the use of medical cannabis in the literature.

While some people claim that cannabis increases the rate of crime, the majority of crimes related to cannabis are due to laws prohibiting recreational use, because cannabis for non-medical purposes is illegal in most countries.

On the other hand, there are known cases where prescription medications lead to an increase in crime and violence. For example, in a 2015 study published in PLOS Medicine, Swedish researchers reported that young people between the ages of 15 and 24 taking SSRIs (antidepressants) are more likely to commit violent crimes, such as murder and sexual offenses, than individuals who aren’t on prescription medications.

So, is cannabis a drug or a medicine? Cannabis often outperforms prescription medications when it comes to successful treatment, side effects, addiction, overdosing, and more.

While medical cannabis is still illegal in certain countries, many have begun to embrace the benefits of this plant by shifting to a more natural approach to alleviate the symptoms of underlying health conditions.

Lastly, it is crucial to understand your state laws regarding the use and possession of cannabis to avoid being on the wrong side of the law. And of course, to consult with your doctor about the most appropriate way of taking medical cannabis for you and the conditions you would like to target.

At Pharmahemp we are rewarding our loyal customers with special offers and launches of new products. You can follow us on our social media and website for all updates. For any questions regarding the manufacturing process, quality control and final products, do not hesitate to contact us at store@pharma-hemp.com. 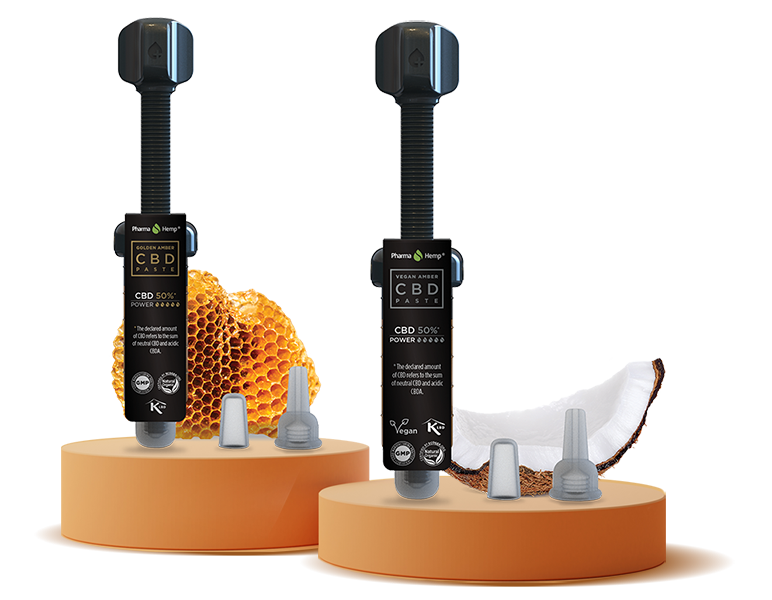